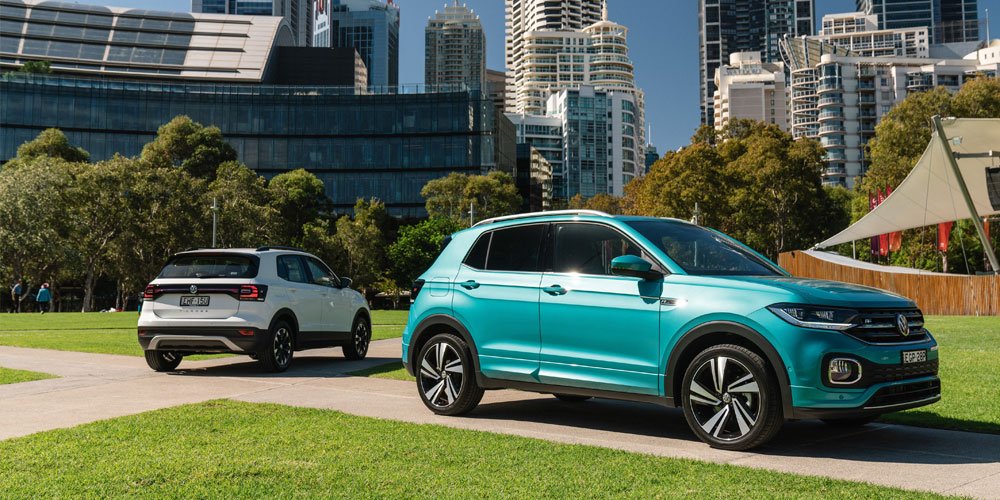 The T-Cross is the German manufacturer’s first foray into this part of the market and, with retail prices from $27,990, the cheapest of VW’s range of SUVs.

Yet, while many will see the T-Cross as a small car in today’s world, it’s wider and taller than the 1963 EH Holden, a car considered a proper, full-sized family sedan back in the day. (As a hatchback the VW is a tad shorter than the EH.)

And consider this: The famous 179 Holden motor produced 86kW from six cylinders, the VW manages 85kW from a three-cylinder turbocharged petrol engine.

So, while the VW is aimed at citified drivers it does have the ability to conquer indifferent road conditions past city limits; way beyond the perceptions.

It’s just that some folk now won’t head west unless sitting up in a three-tonne LandCruiser with all the mod-cons.

The front-wheel drive T-Cross does miss out – as do most so-called SUVs – on a full-sized spare, it doesn’t have push-button start and you need to plug the phone into the infotainment system to get satellite navigation.

But there’s airconditioning, electric windows all round, a decent stereo system and a host of safety aids including driver fatigue monitoring, rear view camera and front sensors to warn, and help brake, for wandering pedestrians and such.

Added to a fair degree of substance is a goodly amount of style, for the VW is one of the smarter-looking SUVs in this market niche.

The interior also looks smart with a clean and tidy layout and excellent ergonomics, although it is let down by hard plastic trims across dashboard and doors.

More appreciated is the amount of cabin room. A six-footer (in the old language) can sit behind a six-foot driver while head and shoulder room are great for four proper-sized adults.

Cargo space isn’t huge, although the back seat can be slid forward for extra room.

Out and about, the VW’s engine is always looking for work. It can be a touch sluggish getting off the line – waiting for the fuel-saving stop-start system to fire and auto clutch to engage – but it runs smartly through to 6500rpm, shifting through a seven-speed automatic which likes to shift into higher gears as soon as possible. This can cause a little drivetrain grumble, overcome by a bootful of revs or manually shifting gears.

Past city limits, the T-Cross is quiet and comfortable, riding on 16-inch wheels with road-biased tyres.  With front-drive and 185mm of ground clearance the VW has a tendency to understeer with some body tip if harassed into a turn.

Drive to conditions and the VW is a competent highway machine, despite its positioning as a city-to-suburbs SUV.

It rides, steers and brakes with confidence and a fair suppleness over rougher conditions and, given a prod, doesn’t shy from overtaking lumbering LandCruisers.  Fuel consumption for a combined city-country outing should be around 6 litres per 100 kilometres or better.

So, despite the perception that city-centric SUVs should not be let out of town, VW’s T-Cross won’t be upset by the occasional run into the countryside.