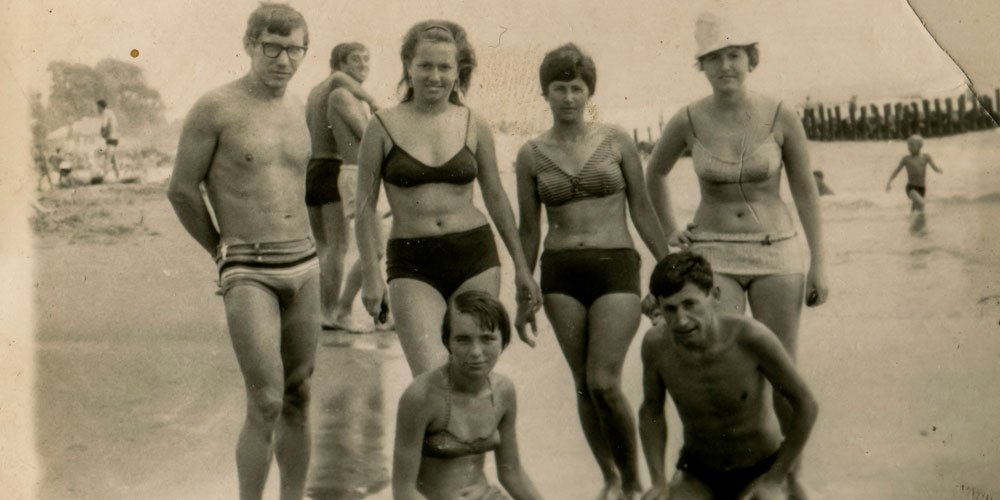 The teenagers “coming of age” were the vanguard of the Baby Boomers who dressed as Mods or hippies, listened to rock and roll on transistor radios, embraced love and peace and were tempted to sample the first hallucinogenics.

“Radical”, “far out” and “groovy”, they were part of the beginning of the new era of freedom. Girls could wear mini-skirts and take the contraceptive pill and boys put aside trousers and button-up shirts with collars for jeans and t-shirts.

They protested the Vietnam War and most of them smoked cigarettes, if not marijuana as well.

They would seek out someone over 21 to buy them a few tallies, or a bottle of cream sherry or port, which came in a brown paper bag from the hotel bar and never thought twice about drinking it before jumping into a six-cylinder hotted-up car.

To those born even just a few years earlier, they were outrageous rule breakers with no respect for social mores.

And so, in September 1968, a code “specially prepared for Australians” was published presenting “principles and rules for six areas of teenage conduct”.

More than 70,000 copies of the 12-page booklet were distributed in Queensland. It details the rules first adopted in St Louis, USA, and “modified in light of discussions among youth groups and youth leaders in Queensland”.

Its recommendations were heartily endorsed by then Police Commissioner Frank Bischof, who says in the foreword “the most energetic section of the community is that of our young people who are destined to be the citizens of tomorrow. Youth must be controlled. It is preferable that young people be cajoled and trained by precept and example rather than by being suborned into doing what is right and proper.”

Lady Cilento, who wrote her Medical Mother column for more than 50 years from 1933, helped compile the booklet and says it gives “a basis upon which every teenager and person charged with the responsibility of a teenager can seek a reply to many problems of daily occurrence”.

In the 53 years since its publication, the teenagers for whom it was intended have themselves become the parents and grandparents of teenagers.

Dating and going steady for marriage.

“Steady company-keeping is the normal preparation for marriage. By its very nature, steady dating leads to strong physical and psychological attraction, and ever-increasing desires for the complete physical union desirable only in marriage.

“It follows, therefore, that steady dating is justified when there is a possibility of marriage in the reasonably near future.

“Steady dating can and often does lead to tragic consequences. These are intimacies, premature and immature marriages and heartbreak if the association is terminated by one party.

“In view of this, steady dating may not be taken up merely as a form of recreation and amusement. One who is deeply in love and dreaming about marriage is not a good candidate for higher education.

“Going steady and single-dating for young teenagers thrusts adolescents into an adult world for which they are not ready. If they feel that their steady dating is tolerated and approved by parents and society generally they can do little else but try to prove themselves adults.

“Too often their sources of knowledge about sex are lurid paperbacks and sub-standard magazines with visual education provided by uncensored films and adults TV sessions.”

The rules set out are:

Imagine telling that to the kids!

“Many hours of most days must be spent in study. To offset their natural high spirits and energies, teenagers must have regular intervals from study in wholesome forms of recreation.

“There are two ways in which recreation can hurt rather than help. Firstly it can be made an end in itself taking up so much time, interest and energy that other important things of life such as study, work and thought, are crowded out.

“Secondly, recreation is abused when it is sought in activities which are morally wrong or morally dangers.

“Under this kind of abuse would fall bad reading, attending bad shows or movies, keeping bad company, “petting parties” and so on.

Today’s teens would have no idea what a sound lounge is, and milk bars and drive-in theatres are no longer a source of anxiety for parents.

“This section on teenage conduct deals with dress – or more specifically with modesty and good taste in dress.

“The code outlines four simple principles and five practical rules which parents of teenagers and teenagers themselves are urged to consider to adopt.

“The principles are: Clothing among human beings is intended to serve three purposes. To protect the body against dangers to health caused by climate and weather. To shield from the view of others those parts of the body which, if they were brashly uncovered or too frankly revealed, would ordinarily stimulate sexual desires in others. To serve the purpose of adornment; to express joy or sorrow; to reveal personality, love of art and beauty.

“Modesty preserves chastity. Thus one must not be concerned solely with how he or she feels like dressing, nor with what is comfortable in dress, nor even with what may be popular in dress. It is more important to be concerned with what will be the effect upon the feelings of others.

“Parents have a special obligation to teach their children the principles which govern good taste in dress from their earliest years.

“The time, the place, the occasion or circumstance even the age and physical build of an individual must be considered when making a choice of apparel.

“Girls should be taught good taste in the use of make-up and cosmetics.

“Public swimming and sun-baking are not occasions for abandoning discretion. Swimsuits too small or too tight should never be used.

“A young man is embarrassed if his partner draws unnecessary attention by dressing in a provocative manner.”

The phrase  “modesty preserves chastity” has disappeared from the vernacular.

NEXT MONTH: THE 1968 CODE FOR DRIVING, DRINKING AND DRUGS

We’d like to hear your views and memories of the era. Email editor@yourtimemagazine.com.au

Continue Reading
You may also like...
Related Topics: generations