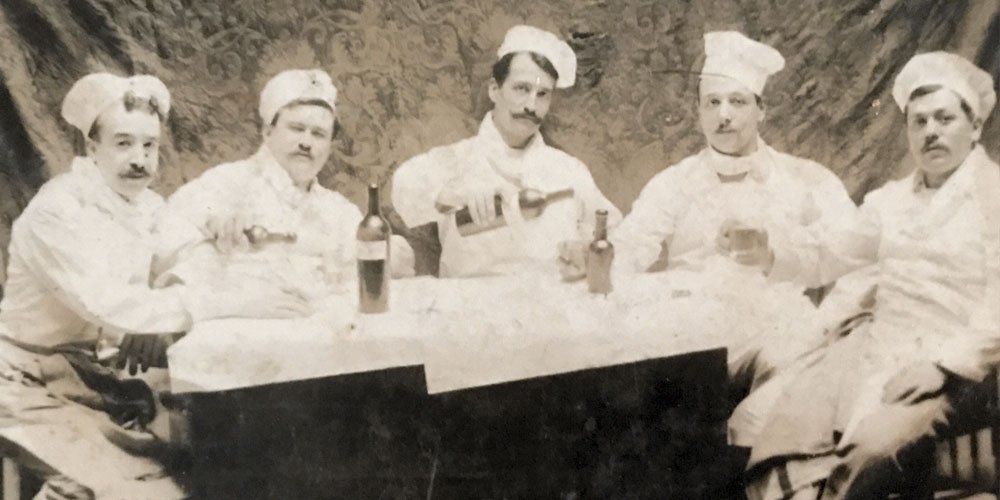 Sonny Jaillet is as fair dinkum Aussie as they come – opinionated, self-confident and never inclined to take a backward step.

Still an A grade golfer as he approaches 70, Sonny is much more interested in pars and birdies than cuisine par excellence, even though he is a dab hand in the kitchen.

And his French vocabulary doesn’t extend much past bonjour and au revoir. But his surname is a link to gastronomic fame and one of the great disasters of the 20th century. Sonny’s grandfather was Henri Marie Jaillet, who today would probably be hailed as a celebrity chef. 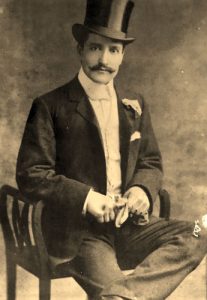 But Henri’s career was tragically cut short in 1912 by the sinking of the Titanic on its maiden voyage.

“I was always aware as a kid growing up in the Wynnum of the 1950s that grandad died on the Titanic but nobody was much interested in those days,” he says.

The pronunciation of the name Jaillet had long since been anglicised from the French to sound like Gillette and Sonny copped nicknames such as Razor Blade.When the wreck of the Titanic was found in the 1980s there was an explosion of interest in the demise of the supposedly unsinkable White Star liner, which claimed at least 1500 lives.

And the internet this century has helped put flesh on the bones, so to speak, of Grandad Henri, much of it through the research efforts of Sonny’s niece Karen Haughtey, of Victoria Point.

Henri was not just among the kitchen staff on the vaunted liner’s maiden voyage, he was head pastry chef and an excerpt Karen found in the book RMS Titanic attests to his status.

Written at 8.45pm on April 12, 1912, little more than two days before the ship smashed into an iceberg off Canada, it says: “The elegance and beauty of the room was exceeded only by the volume of fine food served there. Dinner in first class stretched for 12 or 13 courses and ended with a dessert from Henri Jaillet, the renowned pastry chef. (Last night it had been chocolate mousse napoleons, each piece a work of art.) The diners were the pampered of the world, used to the very best of everything. And they got it here.

“When the lights dimmed in the saloon, excitement buzzed in the vast room. Never mind that every single diner was full to bursting. The anticipation of the next fabulous dessert was all that was required to give them an appetite.

“An army of waiters marched in from the kitchen, bearing huge platters of cherries jubilee flambe. There were oohs and aahs, and even a sprinkling of applause. The flaming brandy cast a bluish glow on the white walls and the gentlemen’s gleaming starched shirtfronts.”

Sonny reckons his grandfather would not have stood a chance of survival because galleys were usually in the bowels of ships. When the Titanic slid beneath the waves, more than 1000 passengers and crew were still aboard.

Henri’s body was recovered and he was buried in Nova Scotia, Canada, the nearest landfall to the site of the sinking in the north Atlantic. Encyclopedia Titanica has the following record, which includes a little racial stereotyping:

When Henri died, aged 38 not 35, his only son from his first marriage to Englishwoman Lydia Hutton, Victor, was not yet five and living with his mother’s grandparents. His mother had died less than a fortnight after his birth.

By the time the Titanic went down, Henri had remarried, to Scotswoman, Margaret Farquharson, and fathered a second son, Frederick.

Victor, at such a young age, must have been devastated by the loss of both parents but he was imbued with an adventurous spirit, migrating to Australia at the age of 14 to begin a working life extracting logs with bullock teams near Toowoomba.

“He was a bit like me, do anything for a quid including opening Wynnum’s first bike shop and he once rode a bike as far as Wivenhoe looking for work,” says Sonny, who remembers his father and his strong Pommie accent fondly, despite the fact he left Sonny’s mother when the boy was only 10 months old.

Sonny was the youngest of six boys from his father’s first union and Victor fathered 16 children in all.

He lived to be 83, his longevity defying an appetite for beer, rum and ciggies.

When the Covid cloud passes, Sonny hopes to visit his grandfather’s grave in Canada. But there will be no taking on French airs  or visiting distant relatives in France.  He’s a Wynnum boy after all. 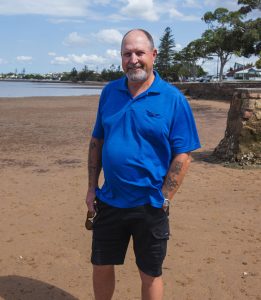 Sonny Jaillet on the Wynnum foreshore near where he grew up.