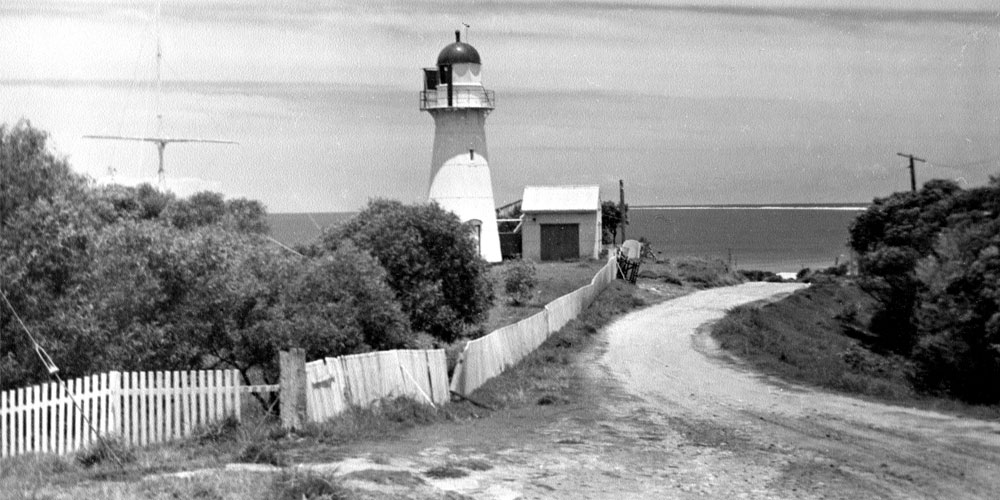 The old Caloundra Lighthouse, timber framed and metal clad, was established in 1896 and guided Moreton Bay shipping until 1968.

In Nambour, at a few minutes before midnight on New Year’s Eve 1904, the Moreton Central Sugar Mill blew its whistle for fully 10 minutes.

The Chronicle & North Coast Advertiser reported: “Crackers, dinner bells and cow bells and the beating of kerosene tins were heard in the town. Groups of people gathered and did some cheering.

“The Methodist Church held a midnight service and rang their bell. But by 1am quietness reigned supreme.”

Buderim was deserted because everyone was camping at the beach. Over Christmas and New Year, the Salvation Army rented out tents at Cotton Tree and this was very popular.

Visitors camped along the beach from Maroochy Heads to Mooloolah Heads, names commonly used rather than Maroochydore or Mooloolaba.

On New Year’s Eve campers had a bonfire on the beach, with fireworks and beach games and then on New Year’s Day, Mooloolaba campers set out for a picnic at Caloundra.

The journey was deemed too rugged for the ladies but a group of eight men crossed the Mooloolah River by boat from what is now Charles Clark Park, their horses swimming the distance.

There was no Minyama Island and no canal development. They were formed by dredging decades later.

The 10 miles of empty ocean beach from Mooloolah Heads to Caloundra Heads were described as one of nature’s greatest beauty scenes, with the great Pacific Ocean to the east and the wildflower plains to the west.

Christmas Bells were in abundance, a profusion lost to modern subdivisions.

Not one of the eight riders passing what is now Minyama, Buddina, Warana, Bokarina and Wurtulla could have imagined the houses and roads that would be built and that thousands of people would live there.

At Caloundra Heads they went to the late Robert Bulcock’s home to join with local residents and also residents of Meridian Plains, inland from Caloundra, who arrived in sulkies and on horseback. Everyone enjoyed an afternoon of resting, swimming, eating and talking to friends.

In 1882, Robert Bulcock, a well-known politican and landowner, had built an observation tower on the highest point of his land in Caloundra in support of national security during the Russian scare.

Fort Lytton at the mouth of the Brisbane River had also been built as a defence against the Russians.

People feared they could invade at that time. Fort Lytton was used again during World War II.

Another landmark was the Caloundra lighthouse, which was built in 1896 with a wooden frame and galvanised iron cladding. The wick burner had to be constantly tended by a lighthouse keeper.

Here the men signed the visitor’s book before returning on their horses to Mooloolaba the same way they had come – along the beach, among the wildflowers, swimming the horses across the river.

Sights such as the wreck of the SS Dicky, the observation tower and the lighthouse gave them much to talk about on their return to Mooloolah Heads.